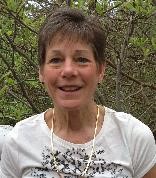 Sharon Walmsley’s research aims to better understand the needs of people aging with HIV, and to optimize that care. Comorbidities such as heart, brain, kidney, bone and liver disease are common as people age, but occur earlier and more frequently in people with HIV. Ultimately, this research aims to better understand why these conditions affect people living with HIV differently, and to develop treatment approaches that reduce their impact on their health and quality of life. Her research also looks at the systems of care currently serving people living with HIV in Ontario and to improve care coordination, such as the transition to long-term care.

Sharon Walmsley has made a profound difference in the care of people living with HIV and has a long history of OHTN support. She has been part of more than 200 HIV clinical trials. Her work has shaped care in Ontario and beyond, identifying new drugs, influencing treatment guidelines and changing HIV management. She has:

Sharon Walmsley begins her role as OHTN Research Chair in the fall of 2016. Planned projects include:

Sharon Walmsley is the Assistant Director of the Immmunodeficiency Clinic at the University Health Network, and the Director of the clinical research program at the clinic. As a clinician at UHN, she is involved in the health care of over 1300 people living with HIV. At UHN, she has a well established community advisory board engaging people living with HIV in research decision-making.

Sharon Walmsley is a widely recognized clinical researcher, a senior scientist at the Toronto General Research Institute and co-Director of the Canadian HIV Trials Network (CTN). She works with clinical investigators from across Canada and around the world. She has established research collaborations with other OHTN researchers including Janet Raboud, Darrell Tan, Rupert Kaul, Curtis Cooper and Sean Rourke. She has mentored a broad network of HIV clinical scientists, and continues to be actively involved in the training of emerging clinical investigators.