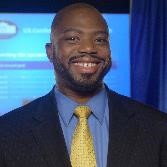 LaRon Nelson’s research aims to improve the “public health toolkit” to support African, Caribbean and Black (ACB) people in Ontario living with and at risk of HIV. His research focuses on high impact field-based public health strategies that involve targeted outreach to marginalized communities and the innovative use of technology to improve HIV prevention and the care cascade. His research will evaluate the implementation of a new model of client-centred care in Peel region and explore strategies to support HIV pre-exposure prophylaxis (PrEP) in ACB communities.

LaRon Nelson begins his role as OHTN Research Chair in the fall of 2016. His planned projects include:

LaRon E. Nelson is a Scientist at the Centre for Urban Health Solutions, St. Michael’s Hospital and the Dean’s Endowed Fellow in Health Disparities & Assistant Professor of Nursing, University of Rochester. He is also Associate Director of International Research in the Center for AIDS Research at the University of Rochester Medical Center. As Chair, he is mentoring an interdisciplinary network of early stage investigators and pre-doctoral scholars in implementation science. This includes supporting them to strategically target their research operating grant applications to address priorities outlined in the En Avant report on research priorities. The mentees will implement and evaluate intervention programs that address issues such as substance use/addiction, multiple intersecting stigmas, racism, policing/ incarceration, and optimizing HIV prevention/treatment in serodiscordant couples.

LaRon Nelson also works collaboratively with OHTN Senior Scientist, Winston Husbands and the leadership of the African and Caribbean Council on HIV/AIDS in Ontario (ACCHO) to build community-based research capacity in Ontario and to address community research priorities. He has built strong relationships with community partners in Peel Region to support the implementation and evaluation of new HIV prevention and treatment interventions in that region.