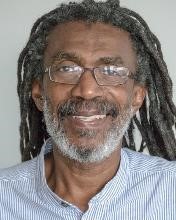 Winston Husbands works to mobilizing research, community and other stakeholders to address and resolve crucial issues that affect the health and wellbeing of African, Caribbean and Black communities, especially in relation to supporting community responses to HIV. His emphasis on community-based program science emerges from Ontario’s HIV/AIDS Strategy for African Caribbean and Black Communities and the research priorities identified in the recent En Avant report, both consultation projects led by the African and Caribbean Council on HIV/AIDS in Ontario (ACCHO).

As a Senior Scientist at OHTN, Winston Husbands is working on a comprehensive community-based research effort focused on program science, and to ensure ongoing engagement and collaboration amongst researchers, service providers, people living with HIV (PHAs), and stakeholders within African Caribbean and Black communities. He aims to engage stakeholders’ curiosity, enthusiasm, commitment and sense of collective responsibility in order to realize health and wellbeing among ACB communities. He works closely with other OHTN staff scientists including Abigail Kroch and Beth Rachlis and with other OHTN funded researchers including Josephine Wong, Trevor Hart, Wangari Tharao, and Alan Li. He is committed to producing, mobilizing and using knowledge to support or enhance collective action on social justice issues and to improve services. He is an Adjunct Professor at the Dalla Lana School of Public Health at University of Toronto and at the Faculty of Health at York University.