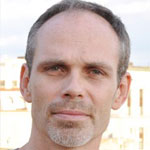 Rupert Kaul studies the mucosal tissues that line the vagina, the penis, the gut and the rectum: tissues that are part of the body’s natural defenses against HIV. Better control of HIV in these areas has the potential to improve the health of people living with HIV and reduce transmission.