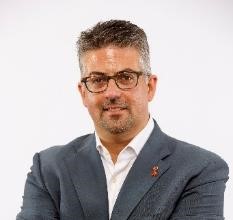 Sean B. Rourke uses population health and community-based research approaches to impact HIV policies and front-line services, and to solve complex health problems in partnership with people living with or at risk for HIV/AIDS. He is also recognized internationally for his work on the mental health complications associated with HIV, such as HIV-associated neurocognitive disorders (HAND), a program of research conducted at St. Michael’s Hospital.

Sean Rourke works closely with many OHTN funded scientists and with OHTN staff. Three of his key research projects, University without Walls, REACH 2.0 and the CIHR Community-based Research Collaborative are currently housed as OHTN. He is committed to community stakeholder engagement and works to develop partnerships across disciplines and sectors.

Sean Rourke is a Canadian leader in program science and community-based research. His leadership of initiatives like University without Walls builds research capacity to implement evidence-based programs in Ontario and across Canada. This is an important focus of REACH 2.0, which brings together people living with HIV/AIDS, community based organizations, front-line service providers, health researchers to focus on developing programs and services.

Sean Rourke is also a Clinical Neuropsychologist and Scientist at St. Michael’s Hospital and a Professor of Psychiatry at the University of Toronto.

Sean Rourke is an OHTN Senior Affiliated Scientist. Several of his key research projects are housed at OHTN.