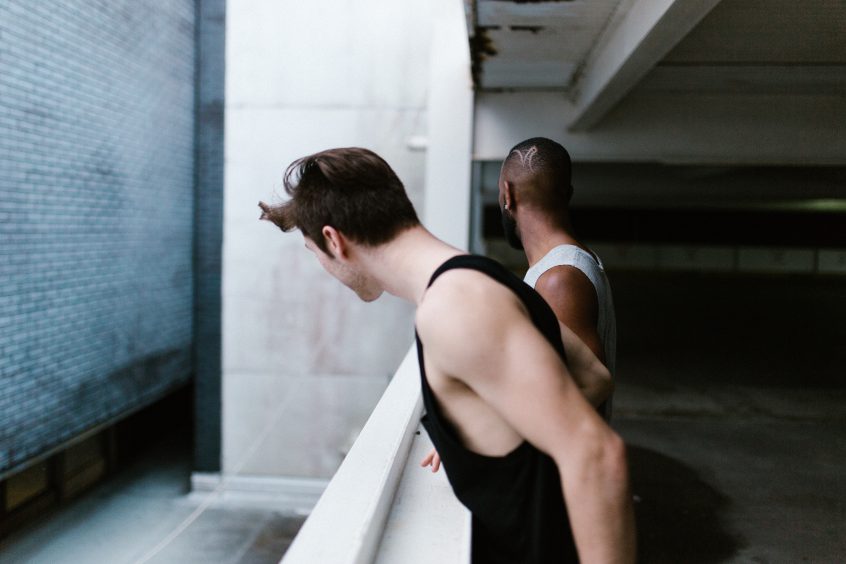 Substance use refers to the use of any substance, other than food or water, that impacts physiological functioning when introduced into the body (11). Specifically, substances like drugs interfere with the brain’s communication system, altering an individual’s capacity to make decisions and experience of reward and pleasure (12). These physiological effects depend on numerous factors, such as an individual’s age and body weight, the environment the drug is used in, and the type and amount of substance used (13).

Substance use contributes to the spread of HIV in two primary ways: by impairing an individual’s ability to make safe choices when engaging in sexual activities, and by causing people to share needles and other drug equipment (20). This review does not focus on the particular risks associated with injection drug use; rather, evidence is presented on the physiological effects of substance use and how they may affect sexual risk behaviours and ART adherence among men who have sex with men.

In the context of sexual encounters, some men who have sex with men may use drugs for a variety of reasons. This includes enhancing social experiences (21), dealing with sexual unease (1, 22), cognitive escape from concern regarding sexual risk (23), heightened sexual sensation (2, 3) and increased duration of sex (2, 22). However, not all drugs induce the same effect. For example, “poppers,” amphetamines, and ecstasy are substances associated with increased sexual intensity, while methamphetamine and erectile dysfunction medication are used to increase duration of intercourse (14).

Amphetamine-group substances and other stimulants

Methamphetamine (also known as crystal meth, or speed) is a highly addictive substance within the amphetamine drug family. It induces euphoria and increases alertness, energy, confidence, and libido (13, 29). One systematic review examined event-level studies in high-incomes countries among men who have sex with men who use drugs before or during sex; authors found that methamphetamine use was the only drug consistently associated with sexual risk behavior in multivariate analysis (30). Another systematic review across 61 American studies found that HIV-positive men who have sex with men who use crystal meth were more likely to report serodiscordant unprotected anal intercourse and sexually transmitted infections (4). Additionally, use of crystal meth was linked to suboptimal ART adherence and diminished HIV-related health outcomes (4).

Inhalants are a group of substances that are primarily administered by inhalation, and include solvents, aerosols, gases, and organic nitrites (33). The inhalants primarily explored in the literature were alkyl nitrites, also known as “poppers.” In addition to inducing a psychoactive state, poppers are used by some men during intercourse to relax muscles and stimulate blood flow (34). Poppers are associated with weakening of the immune system as well as transmission of HIV and hepatitis (34).

One study from Australia found that men who have sex with men who used erectile dysfunction medication were more sexually active overall and used the drug to enhance sexual experiences; however, the authors found that use was not specifically for the purpose of risk-taking (37). Nonetheless, another study across a large sample of European men (74.5% of the sample identifying as men who have sex with men) found that erectile enhancing medication was associated with an increase in sexual risk behaviours and that nonmedical use was associated with an increase in the concurrent use of party drugs (38).

One study, involving a sample of gay and bisexual men in the U.S., examined the context in which sildenafil and club drugs (e.g., cocaine, GHB, ketamine, MDMA, methamphetamine) were used. The study found that the environment (e.g., sex parties and gay circuit parties) plays a large role in usage. This same study also showed that sildenafil in combination with club drug use was less likely to occur among men of colour, but more likely to occur among older men (39). Another study examining recent HIV infection among men who have sex with men in San Diego found that that recent HIV infection was strongly associated with the use of methamphetamine and nitrites, but not with erectile dysfunction medication (40).

Chemsex is a specific form of recreational drug use, defined as the intentional use of one or more particular drugs (i.e. “chems”) before or during sex (41). The specific drugs used include mephedrone, methamphetamine, gamma hydroxybutryric acid (GHB), and gamma butyrolactone (GBL); when used combination, these drugs can reduce inhibitions and enhance pleasure (21, 42, 43). Chemsex is distinct from sex that may occur coincidentally after drug use in a social setting (e.g., at a party or club) (44). One of the social drivers of chemsex is smartphone apps, a technological advancement that facilitates finding more sexual partners and provides an additional avenue to access drugs (43, 45).

One study in South London identified two main motivators for chemsex: it allows men to have the sex they desire by increasing libido, stamina, and confidence; and drugs enhance the quality of the sexual experience (22). A second study, which appeared to use the same study population, examined the relationship between drug use and the transmission risk of HIV and other sexually transmitted infections. Overall, the authors were unable to identify evidence that chemsex significantly influenced the decision to engage in condomless anal intercourse, though it did facilitate sex with multiple partners and for longer periods of time (44). However, authors note that approximately 25% of the study sample had strict personal rules about using condoms during casual sex.

Drug use and ART adherence

Interventions to address sexual risk, drug use, and adherence among men who have sex with men who use drugs

We searched Medline using a combination of text terms (gay or men who have sex or homosexual* or bisexual* or MSM or queer) and [text terms (drug us* or drug abuse* or crystal meth* or polydrug* or party drug* or popper* or cocaine or amephetamine* or chemsex or poly-substance abuse or poly-substance use* or mephedrone or m-cat or meow or MDMA or LSD or GHB or GBL or Hydroxybutyric acid or PNP or party or ecstasy or ketamine or crack) or MeSH terms (Methamphetamine or Amphetamine-Related Disorders or Cocaine-Related Disorders or Cocaine or Crack Cocaine or Street Drugs or Amphetamine)]. Reference lists of identified literature reviews and systematic reviews were also searched. All searches were conducted on July 12, 2016 and results were limited to English articles published from 2006 to present in high-income countries. The search yielded 1,977 references from which 52 studies were included. Sample sizes of primary studies ranged from 30 to 6,195.

Almost all of the studies included in this rapid response were among men who have sex with men residing in urban centres in developed countries; namely, the United States, Australia, the United Kingdom, and Europe. However, this does not mean that all findings are applicable to the local Canadian context; the section on chemsex uses a combination of peer-reviewed and grey literature exclusively from the United Kingdom Additionally, across included studies, there was some variance in what substances were included when larger drug classification terms (e.g. stimulants) or colloquial language (e.g. chemsex) were used.

Rapid Response Service. The effect of non-injection drug use on sexual risk behaviours and ART adherence among men who have sex with men. Toronto, ON: Ontario HIV Treatment Network; September 2017.