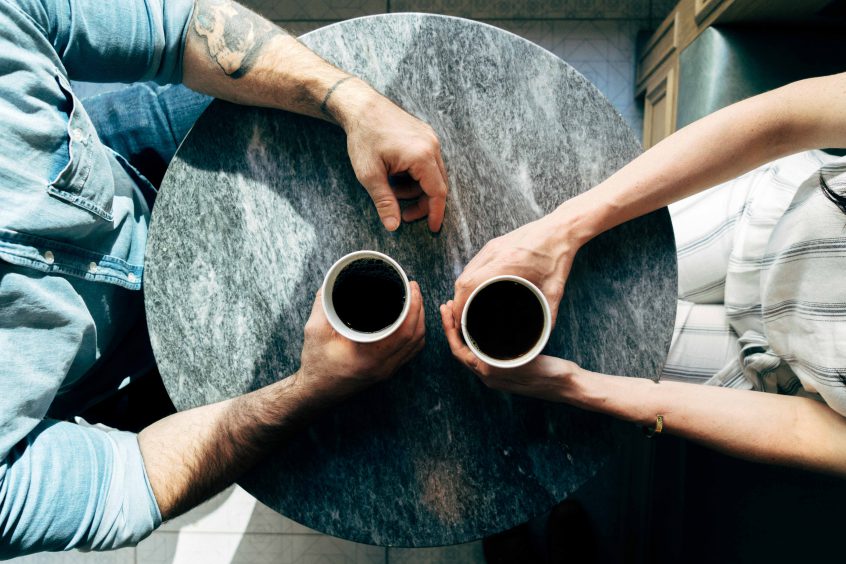 Individuals need useable information about their risk of contracting or transmitting HIV to engage in HIV protective behaviours. The way that individuals use HIV knowledge and risk information, however, is influenced by a variety of social, emotional, and situational factors (e.g., age, gender, risk perception, and rejection sensitivity) (5-7).  When we fail to recognise the consequences of HIV and the fact that we are susceptible to HIV, it becomes much more difficult to motivate ourselves to take protective measures. Thus, it is important to close the gap between actual and perceived HIV risk, since perceived risk can have an important impact on whether or not people choose to engage in behaviours that decrease their chances of contracting or transmitting HIV. An individual who underestimates their actual HIV risk will have more difficulty making decisions to help protect themselves. As such, perceived susceptibility has long been considered an important component in many theories of health behaviour (e.g., the Health Belief Model) (8) and there is indeed evidence that one’s perceived personal risk is linked with motivation to engage in protective health behaviours (9, 10). This means it is important to develop a better understanding of the methods for communicating HIV risk that are most likely to increase perceived risk, so that individuals have an accurate impression of their risk, and thereby influence positive changes in their HIV-related risk behaviours.

In one study, researchers in the Netherlands presented participants with information about the local epidemiology of HIV (e.g., the percentage of yearly HIV diagnoses) along with information about either the risk of contracting HIV after a single unprotected sexual encounter with an infected partner (single incident risk) or the cumulative risk of HIV infection with multiple instances of unprotected sex and multiple partners (1). Results showed that providing cumulative risk information (the risk that accumulates over time with multiple unprotected sex acts with multiple partners) did not increase participants’ perception of their susceptibility to STI/HIV infection more than providing single incident risk information did, nor did it impact their risk behaviour intentions (1). It may be that both types of probability information are difficult to process or that participants reacted with a stronger than anticipated fear of infection, which resulted in a denial of personal risk (1).

Presenting information using absolute risk statistics (e.g., “Consistent condom use will decrease your risk of HIV transmission by X% over the next five years”), rather than relative risk statistics (e.g., “Guys who use condoms consistently have Y% risk for HIV transmission, compared of Z% risk in guys who use condoms inconsistently”) can give an individual more realistic and easier-to-understand information about the risks and benefits of certain behaviours (11).  Incremental risk information (e.g., discussing how consistent use of pre-exposure prophylaxis or antiretroviral medication, in addition to consistent condom use, affects the risk of HIV transmission/infection compared to baseline risk levels) can also be used to highlight how a change in behaviour or treatment adherence can change risk from pre-existing levels (11). Communicating risk information using statistics can be appealing, but it is difficult to account for the meaning clients may affix to the statistics presented.

One reason why numeric probability information tends to be insufficient for influencing behaviour is that people are more interested in what causes a health problem, how severe the consequences will be, and what can be done to treat or prevent the health problem (2). This type of information contextualizes the risk and allows people to create a mental picture of its personal relevance (e.g., what might cause them to develop a health problem and what the personal costs of developing this problem would be). By providing information about what causes a health problem (i.e., risk-taking behaviour) and information about the consequences of the health problem, it’s possible to increase perceptions of personal risk (which is important for behaviour change) while bolstering confidence that an individual will be able to cope with an HIV diagnosis. This approach gives people meaningful information that they can easily call to mind when they need to make a decision about engaging in potential risky behaviours. It also gives important context to probability information, which allows it to be more reliably interpreted. One method for providing this type of contextual information is through the use of scenarios.

Presenting health risk information in a scenario format (i.e., reading a story about another person’s experience or imagining yourself as the main character in a story) has shown promise as an effective method for communicating about STI/HIV risks (12). However, it seems that two or more scenarios might be needed. Mevissen et al. (1) found that reading two scenarios about STI/HIV risk was more effective for increasing perceptions of risk than reading only one. Additionally, Mevissen et al. found that, the more participants were able to imagine themselves in the scenarios, the stronger the effect. This suggests that tailoring scenarios to particular audiences may be most effective, since it may increase an individual’s ability to identify with the scenarios presented.

Meviseen et al. (3) also investigated whether writing one’s own scenario is more effective for increasing perceived susceptibility to STIs, rather than simply reading a pre-written risk scenario. The authors found that participants were better able to imagine themselves in scenarios they had written themselves. Additionally, writing these stories led to a greater sense of susceptibility to STI transmission. This is likely because individuals are able to readily imagine themselves in their own scenarios. It may also be that the cognitive effort needed to write a personal risk scenario similarly influences a person’s sense of susceptibility, by making the information feel more relevant and important, and the risk more likely (3).

Other considerations for presenting risk information

The framing of a risk communication message is important for achieving behaviour change. Choosing what type of message to use depends on the effect you hope to generate (13). Gain-framed messages (highlighting the benefits that can be achieved through behaviour change) tend to be more effective at promoting prevention behaviours, such as decreased risk-taking. This is because these messages are more appealing to people who think that engaging in the promoted behaviour will increase their chances of having a positive outcome. For example, promoting consistent condom use has been shown to be more effective at improving actual condom use when the health benefits of condom use are emphasized. This would be more effective than emphasizing the costs of failing to use condoms – i.e., a loss-framed message.

In contrast, loss-framed messages (highlighting the costs associated with failing to implement a health behaviour) tend to be more effective for promoting illness-detecting (screening) behaviours (13). This is because a message that emphasizes the costs of not engaging in a promoted behaviour helps ease concerns about this behaviour. It’s easier to engage in a screening health behaviour if we are given information that highlights how we may be harming ourselves or missing out on benefits by not engaging in this behaviour. For example, being screened for an STI can be seen as somewhat risky to some people (e.g., if they are frightened about obtaining an undesirable result), but emphasizing the costs of not completing the screening (e.g., the probability of worse outcomes with later detection) was found to be more effective than a gain-framed message at encouraging people to get screened.

We searched Medline using a combination of [Risk Communication AND [HIV infection, or Acquired Immunodeficiency Syndrome, or Acquired Immune Deficiency Syndrome, or HIV (MeSH terms)]. This search was conducted on June 9, 2016. Results were limited to English articles published from 1996 to present in high income countries. The search yielded 32 references from which nine papers were included. Sample sizes of primary studies ranged from 140 to 744.

All reviewed studies have been conducted in high income countries (Netherlands, Germany, or Spain), but cultural differences may limit the application of findings in the local, Canadian context. In addition, almost all study participants were either white or their ethnicity was not disclosed. This may further limit the generalizability to people of other races and ethnicities.