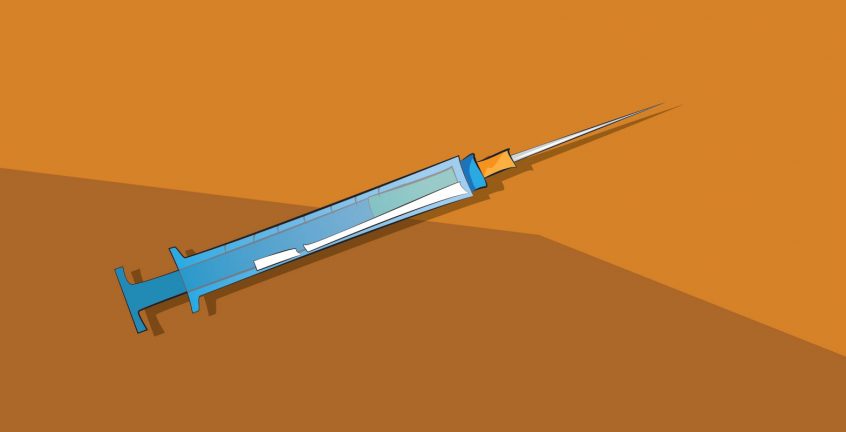 People living with HIV who are unaware of their serostatus are at greater risk of acquiring opportunistic infections and transmitting HIV to others (1). Testing for HIV and other STIs helps ensure that people receive the care they need and reduces the risk of onward transmission (6).

HIV and STI testing among women who inject drugs

Researchers have noted that the stigma facing women who inject drugs is worse than the stigma facing men (8), and that women who inject drugs face many barriers to HIV services, including police harassment, judgmental health care personnel and fear of losing their children (8). It is critical that health care providers be trained to provide tests in a supportive, culturally safe and nonjudgmental manner (8).

A 2008 U.S. study sought to determine the barriers to and facilitators of testing for HIV and HCV among women who inject drugs (2). The researchers interviewed 20 women at a short-term drug treatment centre in Rhode Island and discovered the following:

The researchers found that women wanted to protect themselves and promote their health, and this was a motivating factor that could encourage them to test (2). The researchers noted that substance use treatment centres present a good site for offering comprehensive HIV and HCV counselling, testing and education (2), and that vaccinations could be offered in community-based settings such as methadone clinics or needle exchange programs (2).

A 2008 Canadian study sought to assess the uptake of STI urine screening in a weekly women’s program in Vancouver’s Downtown East Side (9). Compared to other clinics and programs in the area serving people who inject drugs, this three-hour community clinic-based program offered more general services, such as food, health care and social activities. One hundred and twenty-six women (40% of whom were injection drug users) were recruited and invited to test for chlamydia and gonorrhea (9). Ninety-six women agreed to be tested. The authors found a low prevalence of chlamydia and gonorrhea (2% and 0% respectively), possibly because this population has many clinics available to it. However, the authors concluded that the program could still be used to improve women’s knowledge and awareness of STIs (9).

Another approach to increasing HIV and STI testing among women who inject drugs was the WORKS intervention (Women’s Options for Risk Reduction through Knowledge of Self) (10). The intervention was developed and implemented by the California State Office of AIDS and four community-based organizations. Intervention participants were recruited at needle exchange sites, a methadone centre, homeless shelters, an LGBT community centre and a women’s jail. Two community-based agencies took turns hosting monthly workshops; one provided onsite STI counselling and testing every other week and the county health department provided HIV testing and pre- and post-test counselling. Women’s-only needle exchange services were also provided at workshops whenever possible. Participants received grocery store gift cards for being tested, for returning for STI and HIV test results, and for attending each of the four educational workshops (10).
Over the course of three years, the WORKS intervention engaged 562 participants – 68% of whom were current or former injection drug users. HIV and STI testing rates were high and participants gave positive feedback about the project. The authors noted that—going forward—rapid HIV and/or STI tests would ensure that a higher proportion of women receive results (10).

A 2008 U.S. study noted that STIs continue to impose a disparate health burden on American Indian and Alaskan Native people, with chlamydia rates five times higher than those of Caucasians (4). The study authors used medical record review to identify missed opportunities for chlamydia screening among American Indian women. The goal was to identify all patients of a large Indian Health Service facility who were eligible for screening but who had not been screened in the past 12 months.

Results showed that, of 4,940 eligible women, 38% had been screened. Two hundred and fourteen unscreened women were selected for further study; analyses showed that 34% of this subgroup were sexually active but unscreened. The authors concluded that clinical reminders could greatly assist health care providers in identifying and screening eligible patients; a clinical reminder linked to a urine test would have referred 74% of eligible women to screening (4). The authors also found that many women who had been screened had been tested as part of prenatal visits, gynecological exams or family planning visits, and that automated reminders linked to these types of visits could improve screening (4).

A 2006 Edmonton study sought to explore how Indigenous women perceived HIV counselling and testing (5). The authors interviewed seven Indigenous women and held a focus group with six other Indigenous women. Participants identified several barriers to testing (e.g., a lack of anonymity in the testing situation, fear of testing positive, past negative experiences with testing and concerns about the potential involvement of child welfare agencies). Participants also identified the following as aspects of an ideal testing situation:

We searched Medline using a combination of the following: [text terms (Injecting drug use* or Injection drug use* or people who inject drugs or IDU* or intravenous drug use* or Indigenous or Aboriginal or Native American* or First Nation* or Metis or Inuit or native Canadian* or American Indian) or MeSH terms (Substance Abuse, Intravenous or Needle-Exchange Programs or Needle Sharing or Indians, North American)] AND [text terms (HIV or Hepatitis C or Sexually Transmitted or Sexually Transmitted or sexual health) or MeSH terms (Sexually Transmitted Diseases or Sexually Transmitted Infections)] AND [text terms (women or female* adj5 inject* or female* adj5 drug*) or MeSH term Women] AND [text terms (test* or diagnos*)] . The search was conducted on January 29, 2016 and articles were limited to those published since 2005 in English. The search yielded 428 references from which 10 studies were included. Study sample sizes ranged from 13 to 4,940 participants. Only studies conducted in high-income countries were included. Reference lists of identified studies were also reviewed.

All studies cited in this review were conducted in the United States or Canada. There are likely no factors that would affect local applicability.