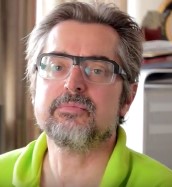 Mario Ostrowski’s research confronts the basic science of HIV with the aim of making new vaccines and curing HIV infection. His work looks at the machinations of the immune system to see where HIV disarms it.  By understanding how HIV blocks the immune system, one can find the Achilles heel of the virus.  The research will exploit these findings to develop therapies that can allow the immune system to then clear the virus from the body or prevent infection .  iImmune cells that his team that have been shown to attack HIV include, B cells (which make antibodies), cytotoxic CD8 killer T cells (which destroy HIV infected cells), the CD4 helper cells (cells that help and feed the immune system but which HIV attacks) and plasmacytoid dendritic cells (or pDC for short) which produce lots of interferons that stop HIV from growing. His team is also working on Cure research by studying the HIV reservoirs (where HIV hides in the body) and how to eradicate them.

Mario Ostrowski is a professor of Medicine, Immunology and Pathobiology and Laboratory Medicine at University of Toronto and a consultant infectious diseases clinician at St. Michael’s Hospital in Toronto. He is an active member of the CanCURE research consortium (Canadian HIV Cure Enterprise). Mario collaborates with other OHTN research leaders, particularly Colin Kovacs and Rupert Kaul, on clinical and laboratory research to eradicate HIV from the body.