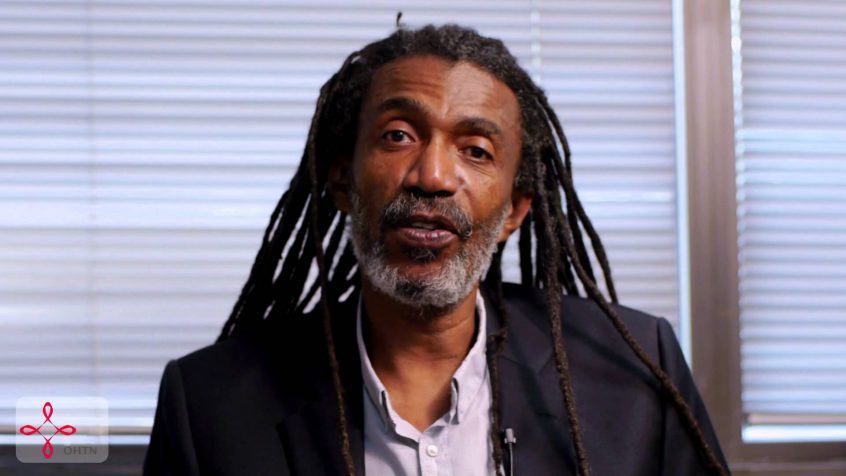 The Canadian Conference on HIV/AIDS Research (CAHR 2018) is Canada’s best known HIV research conference. It brings researchers from diverse fields of study together and welcomes the participation of community members. It also celebrates outstanding HIV research with a series of Excellence in Research Awards honouring researchers in each of the pillars of study brought together at the conference.

This year, four of the five recognized researchers have strong links to the OHTN. Each of the award recipients is a mid-career scientist, celebrated for achieving a track record of excellence while still in the prime of their careers and for demonstrating a commitment to improving the lives of those living with HIV with or at risk. Researchers are nominated for the award by their peers.

Winston Husbands, OHTN Senior Scientist received the community-based research award for a body of work that is community-inspired, community-focused and community-delivered. He is at the forefront of helping Ontario understand how racism, racialization, colonization and structural inequalities impact African Canadians’ vulnerability to HIV and advocating for more culturally appropriate, effective and creative responses. Two of his current projects focus on (a) engaging congregations at Black churches to critically reflect on HIV among African Canadians and reduce stigma; and (b) understanding how heterosexual Black men emerge in dominant discourses about HIV, and meaningfully engaging them in community responses to HIV.

OHTN Applied HIV Research Chair David Brennan received the social science research award for his work on the on the health and well-being of gay, bisexual, two-spirit, and other men who have sex with men. His research particularly focuses on the resiliencies, strengths, and assets that gay and bisexual men rely on to minimizing their risk of becoming infected with HIV.  His work focused on the development of more effective services and supports for marginalized men and the use of online technologies in health promotion.

Darrell Tan is an OHTN-CIHR New Investigator who received the clinical science research award for his work on pre-exposure prophylaxis (PrEP) and on the management and treatment of HIV co-morbidities. Dr. Tan has worked to develop an assessment tool for people who may be at high-risk of HIV infection in order to target preventative therapy. In the past year, he led the develop of Canada’s first clinical guidelines for the use of PrEP and continues to work towards innovative ways of delivering PrEP and other preventative therapies.

Ann Burchell is a scientist at the Li Ka Shing Knowledge Institute at St. Michael’s Hospital. She received the Epidemiology-Public Health award at CAHR. Her research focuses on the epidemiology of HIV, HPV, syphilis, and other sexually transmitted infections (STIs) with a strong emphasis on creating evidence for effective, efficient, and practical prevention strategies. Dr. Burchell held a CIHR New Investigator Award while based at OHTN, where she was the Director of the OHTN Cohort Study (OCS). She continues to work with the OCS study team.

Dr. Adam Burgener from the University of Manitoba received the fifth CAHR award in the basic science category.

Recipients of the CAHR Excellence in Research Awards must demonstrate a desire to synthesize, apply and translate past, present, and future research into the advancement of the Canadian and Global movements to end HIV, an achievement that is particularly important to the OHTN. Our strategic plan emphasizes the translation of research into evidence-based solutions that can improve care and services in Ontario.