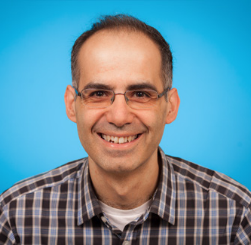 Tony Antoniou’s research aims to understand how people enter and participate in HIV care, the burden of comorbid illness in people with HIV, the services they use and need, and where gaps might exist that compromise this care. His research uses health records databases to understand, and ultimately enhance systems of care. Key projects include work on the health of HIV positive people who have immigrated from African and Caribbean communities and on the needs of HIV positive prisoners making the transition back to the community.

The Ontario HIV/AIDS Strategy aims to improving the prevention, engagement and care cascade in Ontario. Tony Antoniou’s work focuses on the challenges of engaging people in care, and on identifying gaps that may compromise that care, a valuable and needed addition to enhancing the care cascade. African, Caribbean and Black communities are a priority population within Ontario HIV/AIDS Strategy, and one of the foci of Tony Antoniou’s work.

:  Tony Antoniou is a scientist at the Li Ka Shing Knowledge Institute at St. Michael’s Hospital and Associate Professor in the University of Toronto Department of Family and Community Medicine. He is an Adjunct Scientist at the Institute for Clinical Evaluative Sciences (ICES), where his research makes extensive use of Ontario’s administrative health databases to better understand patterns of care for HIV positive people. He also works with researchers affiliated with the OHTN Cohort Study including Sean Rourke and Janet Raboud. He is engaged in clinical research partnerships about the impact of HIV on aging-related comorbidities, and on improving HIV primary care.