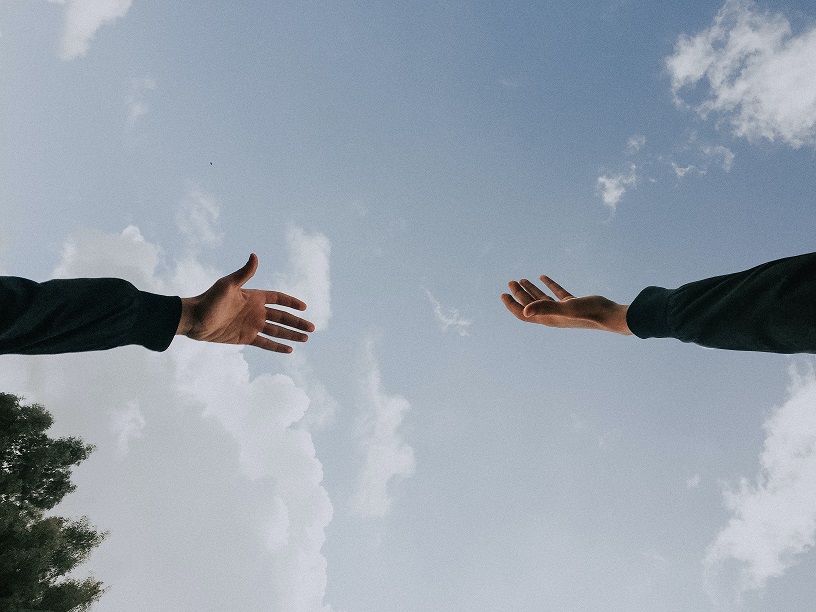 The literature states that various social–structural and circumstantial factors can influence the likelihood of engaging in actions that can increase HIV risk among Latino immigrants (4). These factors include social and geographic isolation, loneliness, disrupted family relationships, and missing family-based or community-based social norms that may influence risk behaviours in their new destination (4). A 2017 systematic review on risk behaviours among immigrant men who have sex with men in Europe and North America found that high rates of unprotected anal intercourse among Latino men who have sex with men suggests the influence of both cultural factors (e.g., machismo ideals emphasizing penetrative sex, fulfilling sexual urges, and having multiple partners) and structural factors such as racism, poverty, and consequent self-devaluation (12).

A 2019 study among Latino men who have sex with men in the U.S. South found that HIV-related social support and HIV-related knowledge were associated with greater odds of testing; additionally, speaking only Spanish was associated with reduced odds of testing (13). A 2014 literature review of HIV care among Latinos in the U.S. South identified barriers to testing which included a lack of knowledge of testing services and being undocumented (5). Barriers to linkage to care included fear of deportation, lacking documentation, challenging interactions with the health-care system, and stigma (5). Barriers to adhering to treatment included unpleasant side effects, poor communication with providers due to language barriers, financial burden, and limited medication availability during migration (5). Another study examined the unique barriers Latino men who have sex with men faced in maintaining HIV care (14). This 2019 qualitative study conducted in-depth interviews with U.S. and foreign-born gay Latino men living in North Carolina (n=14) to assess their experiences with HIV testing, care, and treatment (14). Many participants had experienced interruptions in their care due to intersecting stigmatized identities (e.g. being gay, Latino, undocumented) and intersecting structures (e.g. healthcare, immigration policy, institutionalized homophobia) (14). Undocumented participants directly connected their immigration status to their ability to secure employment, which in turn impacted their retention in HIV care and treatment adherence (14). Similarly, a 2020 qualitative study among Latinx individuals in the U.S. stated that limited English proficiency, cultural differences, inadequate interpreter services, HIV-related and intersectional stigma, and isolation are barriers that may contribute to disparities in outcomes for Latinx people living with HIV (15). These unique barriers and needs faced by immigrated Latino men who have sex with men can pose a challenge in being linked and adhering to HIV care.

Few strategies have been found to reduce the disproportionate burden of HIV among Latinx populations in the U.S. (4, 11). Outreach efforts may be particularly challenging when reaching immigrants who are mobile and, in some cases, without documentation and potentially wary of engaging with formal healthcare services (4). Successful HIV prevention and care requires evidence-based approaches that combine biomedical strategies with behavioural interventions that are socially and culturally appropriate for the population or community being prioritized (6). Initiatives are also required to overcome the negative effects of social-structural factors on Latinx populations’ access to and participation in HIV-related services (4). A study published in 2019 examined perceptions of HIV pre-exposure prophylaxis (PrEP) users among Latino men who have sex with men (16). The study found that monolingual Spanish speaking participants were skeptical about the effectiveness of PrEP (16). Other assumptions among Latino participants included that PrEP users are more promiscuous and are more likely to engage in condomless intercourse without regard for consequences (16). These findings suggest that efforts are needed to address the stigmatizing and negative perceptions of PrEP that still persist in the gay community that may deter its adoption among Latino men who have sex with men (16). Identified interventions along the HIV prevention and treatment cascade for Latino men who have sex with men from the U.S. are explored in more detail below.

A study published in 2020 examined the effectiveness of a Spanish-language peer navigation intervention called HOLA: Hombres Ofreciendo Liderazgo y Ayuda (Men Offering Leadership and Help) (11). This intervention was designed to increase HIV testing and condom use among social networks of immigrant Spanish-speaking Latinx gay, bisexual, and other men who have sex with men and transgender women in North Carolina (11, 17). The study randomized 86 adults to the HOLA intervention and 80 adults to a waitlist control to test whether the HOLA intervention group increased HIV testing (11). The HOLA intervention trained Latinx gay and bisexual men who have sex with men and transgender women to serve as peer leaders, known as Navegantes (Navigators) (11). Navegantes promoted sexual health, particularly HIV and sexually transmitted disease (STI) testing and condom use among those in the intervention group by using the skills and materials they gained through training (11). Also, rather than only educating members of their social networks about HIV testing, Navegantes worked to identify barriers to testing and problem solve ways to overcome these barriers (11). At the 12 month follow-up, HOLA participants’ past HIV testing increased from 58.1% at baseline to 90.2% (P<0.0001); while testing among the waitlist control participants did not significantly change (55.0% versus 60.0%) (11). The authors concluded that the intervention could also be adapted for HIV-positive Latinx men who have sex with men and transgender women to promote engagement in HIV care and prevent HIV transmission to sexual partners (11).

Many other interventions have been conducted to encourage HIV testing among Spanish-speaking Latinx individuals and men who have sex with men. These include:

Linkage to and retention in medical care

A five-year multi-site study selected ten demonstration sites across the U.S. that would identify and re-engage a total of 1,000 Latinx individuals who were newly diagnosed, or who were HIV-positive and had fallen out of care during the study period (2013–2018) (8). This study was guided by the transnational framework that “recognizes, acknowledges, and builds upon the connections that Latinx use to maintain ties to their place of origin while living in the U.S.” (8, 9). Common transnational practices that immigrants engage in to remain connected to their place of origin included communication, travel, social and economic remittances, or civic engagement (8). Each site integrated transnationalism and cultural elements in a way that was most congruent with their organization’s capacity and target population. For example, demonstration sites hosted informational events at embassies, churches with Spanish services, and bars that hosted Latin nights (8). Outreach materials drew on cultural references of national pride, such as the Taíno sun from Puerto Rico, or the Mexican or Puerto Rican flag (8). Individual level initiatives were also conducted (8). For example, if a participant frequently video chatted with their family in Mexico City, the intervention site would explore issues of HIV disclosure and the presence of social support. If a participant travelled to and from the U.S. and Mexico or Puerto Rico, the intervention site addressed implications for treatment adherence and emergency care resources while abroad (8).

This framework was further explored in a 2019 study which aimed to explore how nine intervention sites applied a transnational framework and incorporated Latino cultural constructs into programs designed to promote linkage and retention in HIV care among Mexican and Puerto Rican Latinos in the U.S. (27). A main theme identified across the sites included developing trusting and supportive relationships between navigators and clients to assure clients that no estás solo (you are not alone) (27). Many clients were able to connect with navigators over the shared experience of being Latino, an immigrant, or in some cases having the shared experience of living with HIV (27). A second theme included empowering clients to connect and stay in primary care by educating clients about HIV and by facilitating engagement or referrals to care (27). Across interventions, HIV education discussions offered hope and served to assure clients that HIV no longer meant death, a belief that a number of participants recounted holding at the time of their diagnosis (27). All of the interventions provided some type of appointment escort, where navigators offered to accompany clients to their medical visits to provide emotional support, linguistic interpretation or translation, modeling of self-advocacy skills by asking health providers questions, and practical support for care engagement (27).

A 2019 qualitative study aimed to improve understanding of the HIV testing, care, and treatment adherence experiences of Latino men who have sex with men in North Carolina (14). Study participants (n=14) noted that the mental health burden of living with HIV was a central part of the HIV experience that created challenges for retention in HIV care and adherence to treatment (14).

Ineffective coping with the stress of discrimination (e.g., rumination, substance use) may lead to worse long-term mental and physical health (10). Among HIV-positive Latino sexual minority men, discrimination is related to medication non-adherence, medication side effects, and disease symptoms (10). A 2020 study examined the effects of a pilot intervention that consisted of a nine-session, community-based, cognitive behavioural therapy group intervention to address coping with discrimination among HIV-positive Latino immigrant sexual minority men in Los Angeles (10). Specifically, facilitators taught participants coping skills, such as mindfulness, cognitive restructuring, and relaxation, and helped participants to understand responses to discrimination in terms of the events that led to the behaviour, and the behaviour’s consequences (10). The intervention was pilot-tested using a pre-post design among 30 HIV-positive Latino immigrants (10). Preliminary results found decreased negative emotional coping responses to discrimination among participants (i.e., feeling less anger, sadness, powerlessness, helplessness, and shame) (10). Study authors concluded that the intervention holds promise for reducing disparities by empowering Latino sexual minority men to leverage innate resilience resources to improve their health (10).

Many of these studies have examined interventions in the U.S. context where the prevalence of HIV among Latino immigrants is high and results may not be entirely applicable to the local context of Latino immigrants in Canada. Also, risk behaviours among immigrant Latino men who have sex with men can vary from one location to another. For example, one study noted that substance use varied, with high rates of club drug use in Miami among Latino men who have sex with men, but no reported club drug use in rural North Carolina (12). Also, many the studies tend to report on the broad category of Latino men who have sex with men without assessing variation between more specific ethnic or national origin groups (12). Therefore, it is important to consider the local context when adapting interventions.

We searched Medline (including Epub Ahead of Print, In-Process & Other Non-Indexed Citations) using text terms HIV and (Latin* or Hispanic* or Spanish speak*) and (gay* or men who have sex or bisexual* or MSM or GBMSM or homosexual* or queer*). Searches were conducted on August 4, 2020 and results limited to English articles published from 2010 to present. Reference lists of identified articles were also searched. The searches yielded 714 references from which 27 were included.

Rapid Response Service. Interventions for immigrant Latino men who have sex with men along the HIV prevention and treatment cascade. Toronto, ON: The Ontario HIV Treatment Network; September 2020.