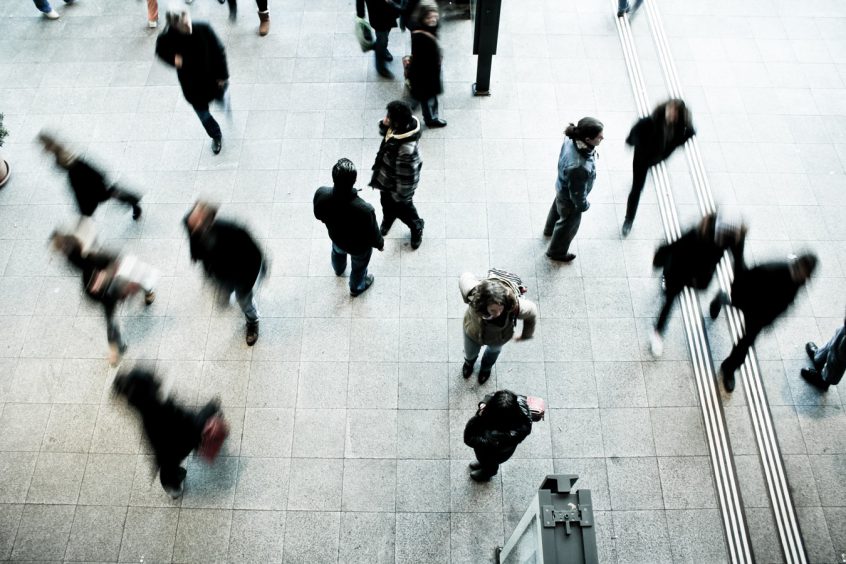 Elite controllers are a group of people living with HIV who spontaneously control HIV viral load below the limit of detection for long periods of time in the absence of antiretroviral therapy (15). Elite controllers (also known as elite suppressors) (13) are different from other people with HIV whose disease may progress more slowly (commonly known as long-term nonprogressors, slow progressors, long-term survivors, and nonprogressors) (13), in that their viral load is below the limit of detection over a continuous period of time. Elite controllers have longer AIDS-free intervals as well as improved survival, and more favorable clinical outcomes compared even with viremic controllers with plasma HIV RNA levels of 50–2000 copies/ml (16). This review is focused specifically on elite controllers.

It is important to understand the mechanisms underlying elite control of HIV — particularly in those individuals who have undetectable virus AND normal CD4 counts for at least 10 years — because it may represent a natural model for a “functional cure” (i.e. long term control of viral replication and remission from symptoms of HIV infection in the absence of antiretroviral therapy) (13, 17). The exact mechanisms of elite control remain unclear (18), although it is now believed that host response, including CD4 and CD8 T cell-specific immune response (5, 6), as well as HLA Class I alleles (1, 3, 4), are likely the main mechanisms of control (7, 17, 18), rather than infection by defective virus (2, 17, 18). On the other hand, some researchers suggest that the elite controller phenotype is probably a multifactorial phenomenon (19, 20). A combination of good, anti-HIV host genetics along with infection by an HIV strain with weak replicative capacity may be necessary for elite suppression, whereas only one of these may lead to slow progression and viremia (19, 21).

It is also important to consider the most effective clinical management of elite controllers because, while they can control HIV replication, they have evidence of:

Definition of the elite controller

Among people with HIV-2, the prevalence of elite controllers appears to much higher than in those with HIV-1 (36). The only identified study of elite control among people living with HIV-2 was conducted in France with a cohort of 749 patients, 8.8% of whom had an undetectable viral load without receiving antiretroviral therapy (36). HIV-2 causes a reduced pathogenic infection with a lower risk of disease progression and transmissibility than HIV-1.

Among elite controllers, there are no consistent demographic patterns (i.e. gender, race) and no differences between controllers and non-controllers in modes of HIV transmission (16, 18). In genetic studies, elite controllers have high levels of protective HLA alleles (1).

Because of these unusual circumstances, there is a risk that the HIV infection may be misdiagnosed (9, 10). However, we were unable to identify any testing algorithms specifically developed for elite controllers (11, 12).

Would it be possible to detect infection in elite controllers in other ways? A study examining to what extent elite controllers also control infection of the central nervous system found that HIV RNA could not be detected in cerebrospinal fluid in most elite controllers using the highly sensitive single-copy assay that allows for HIV RNA quantification down to less than one copy per millilitre (38). When detected with such an extremely sensitive assay, HIV RNA was at significantly lower frequencies and concentrations in the cerebrospinal fluid than in plasma: 19% vs. 54% (38).

Issues related to diagnostic testing in elite controllers can also affect incidence estimates. This estimation, using “incidence assays” that distinguish “recent” from “nonrecent” infection, is based on the assumption that a high prevalence of “recent” infection indicates a high incidence (39). However, incidence assays also tend to produce substantial “false-recent” results (39) and, among elite controllers, there is a high occurrence of “false-recent” rates when estimating HIV incidence from cross-sectional surveys (40). The “false-recent” rates among elite controller specimens is high for all assays, ranging from 13% to 48%, with an average of 25% (39). The introduction of a low viral load threshold provides crucial improvements in “recent infection testing algorithms” (40).

The durability of HIV control in elite controllers varies, but several epidemiological studies have shown that the spontaneous control of HIV replication can last for extremely long periods of time (i.e. more than 30 years), although loss of immune control is observed in some of these individuals (20).

The most common definitions of elite controllers are based solely on virological criteria, which do not exclude individuals who, despite having undetectable viral load, experience a progressive drop in CD4+ T cells and develop AIDS-defining clinical events (20). This progression to AIDS in the presence of undetectable HIV replication is one of the most unexpected findings in elite controllers and its etiology remains unclear (20).

Although clinical data are limited, they suggest that elite controllers may be at heightened risk of illnesses that are not traditionally considered to be HIV-related, including cardiovascular disease (14) and cancer (26, 27). Therefore, guidelines for detecting cardiovascular diseases and guidelines for cancer screening in noncontroller HIV-infected patients should be applied to elite controllers (26).

At this time, the European AIDS Clinical Society Guidelines provide no specific recommendations about treating elite controllers (42). However, in 2016, the U.S. panel of the International Antiviral Society recommended initiating treatment for those who have persistent undetectable viral load without antiretroviral therapy and who have declining CD4 cell counts (43).

A recent pilot study analyzed the extent to which HIV controllers (including a 25% subset of elite controllers) who have progressive CD4+ T cell loss benefit from antiretroviral therapy (22). It found that antiretroviral therapy for 24 weeks was safe and well-tolerated, and it led to significant decreases in: ultrasensitive plasma and rectal HIV RNA (even among elite controllers who had undetectable plasma HIV RNA levels at baseline), HIV antibody levels, and markers of immune activation/dysfunction in blood and gut. These reductions were similar in the subset of elite controllers (22). These findings confirm that HIV replication persists in controllers and contributes to a chronic inflammatory state (22).

To assist clinicians, researchers have proposed a baseline clinical score that classifies elite controllers according to risk of disease progression (33). This score could be instrumental in informing clinical decisions (33).

Studies included in this review have been conducted in high-income settings. Because of similar HIV epidemics, antiretroviral therapy options, and similar incidence and mechanisms of HIV elite control, the review findings are highly relevant and transferable to the Canadian context.

We searched Medline using text term Elite Control*. Reference lists of identified review articles were also searched. Additionally, we conducted searches on Google and Google Scholar using terms HIV and Elite Controller(s). Searches were conducted on June 18, 2018 and results were limited to English language articles published from 2008 to present. The search yielded 420 references from which 47 studies were included.