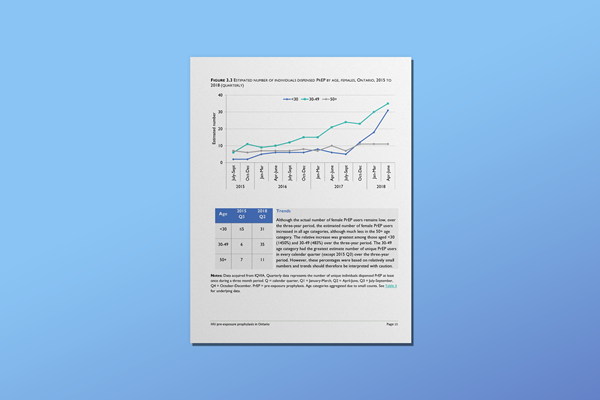 The Ontario HIV Treatment Network (OHTN) is pleased to announce the release of a new report titled “HIV pre-exposure prophylaxis in Ontario”.

HIV pre-exposure prophylaxis (PrEP) is a highly effective HIV-risk reduction strategy, but little is known about PrEP uptake in Ontario. This report uses dispensations from pharmacies from July 2015 to June 2018 to summarize PrEP usage and physician prescriptions from March 2018 to February 2019 to describe PrEP uptake across Ontario.

Key findings of the report include:

If you have any questions about PrEP use, the OHTN has launched OntarioPrEP.ca, a new online hub for community members and healthcare providers to learn more about PrEP.

The healthcare provider side of the website includes short training videos about different aspects of PrEP related care, links to other learning resources, and an opportunity to connect with an experienced PrEP provider for more training.