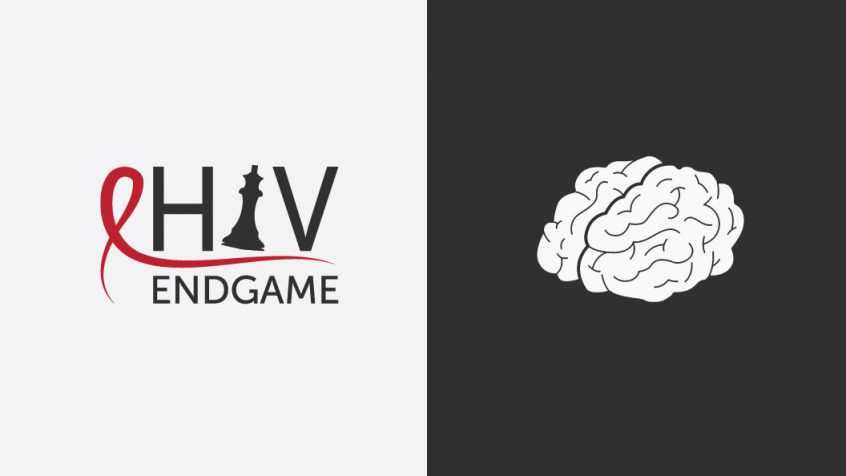 Behavioural and other non-pharmacological therapies have a potential role in managing HIV associated cognitive impairment, as Dr. Jose Muñoz-Moreno, of Spain’s Lluita contra la SIDA Foundation, outlined in this presentation.

Cognitive behavioral therapy (CBT) is the best studied psychotherapeutic intervention, although many forms of counselling and psychoeducation exist. All aim to increase motivation for positive change, manage emotions, reduce anxiety and distressing thoughts, and reduce life stresses. There are no studies on using these approaches to manage HIV associated cognitive impairments, although benefits to brain health have been shown with other conditions. For example, Dr. Muñoz-Moreno presented papers on the impact of CBT among older depressed adults (Thompson et al, 2016) and among people with obsessive compulsive disorder (Göttlich et al, 2015) – both showing measurable improvements in brain function. As shown in a systematic review published in The Lancet (Safren et al, 2016), there are also clear studies showing the benefits of CBT in helping people with HIV adhere to antiretrovirals and manage depressive symptoms. Internet-based CBT is also effective among HIV-positive people with depression and cardiac risks, both of which are relevant to people with cognitive impairment (Glozier et al, PLOS One, 2013).

Mindfulness is about self-awareness and is a useful intervention for mental health and pain disorders. It is associated with improvements in three psychological/neurobiological mechanisms:

The areas of the brain affected by mindfulness have been well-documented. However, the only work relevant to mindfulness and HIV cognitive impairments has been done by Dr. Muñoz-Moreno’s team (González‐García et al, 2013). This study compared outcomes for the study group and controls at the immediate end of the mindfulness intervention and three months later. Improvements were seen across all measured outcomes, including quality of life, emotional status, self-perceived stress, depression and anxiety symptoms, and even immunological improvement. There is also an ongoing trial  (Wong et al, 2016) looking at the benefits of mindfulness for people with mild cognitive impairments (non-HIV related); this trial is taking a comprehensive look at multiple cognitive measures.

There are other modifiable factors that appear to have a positive influence on mild cognitive impairments in general, and thus might have benefits for those with HIV-associated disease.

Ned Sacktor, a professor at Johns Hopkins University School of Medicine, reviewed current information about the treatment of HAND.

How is HAND related to other neurocognitive conditions?

Disease is associated with infected macrophages, which move from the general circulation across the blood brain barrier and release cytokines, chemokines, and viral proteins. These molecules are cytotoxic and may lead to bioenergetic disturbances in the brain and the neuronal injuries seen in HAND. The aim of adjunctive therapies now being developed is to target these changes.

Are some antiretroviral therapies (ART) more effective for preventing HAND?

The search continues for therapies to be used along side ART to prevent cognitive impairments. To date, 10 trials of different adjunctive therapies have not produced clear benefits.

Paroxetine – Screening of potentially beneficial compounds identified two existing drugs, paroxetine (an antidepressant) and fluconazole (an antifungal), which appeared to have benefits in animal models. Ned Sacktor and his colleagues undertook the 24-week Paraflu Study, a small double blind trial of these treatments. Although both drugs had some positive effects on inflammatory markers, only paroxetine was associated with measurable cognitive changes (improvements on two screening tests, declines on a third). These changes remained significant after adjusting for depression.

Insulin – Insulin has several potential modes of action. It contributes to synaptic remodeling and may help address some of the bioenergetic disturbances and immune activation seen in people with HIV. Intranasal delivery of insulin allows direct brain penetration and enhances cognition in people with Alzheimer’s disease and diabetes. A trial in 40 people with HAND will begin in 2017.

A number of other antioxidants and immunomodulators are also being considered as adjunctive therapies for HAND. The usefulness of therapies that address symptoms such as dopamine agonists and attention enhancers (modafanil) is also being explored. Dr. Sacktor highlighted a study (Gamaldo et al, 2013) about the importance of sleep hygiene for people with HAND, which showed that 37% of people with HIV had chronic sleep deprivation; this was associated with poorer neurocognitive performance.

Key Message: Effective antiretroviral treatment and treatment for comorbidities such as vascular disease and sleep disturbances can reduce neurocognitive impairments in HIV. Adjunctive therapies continue to be tested in the hopes of identifying further advances.

David Vance is an Associate Professor with the School of Nursing at the University of Alabama. He presented on brain fitness and cognitive interventions to promote successful aging with HIV.

David Vance began his presentation by stressing the importance of healthy lifestyle approaches for people living with HIV. There have been some efforts to translate lifestyle advice into multi-domain cognitive interventions that promote physical and mental activity, sleep, and nutrition. Systematic testing has not happened yet; however, David Vance and his colleagues recently conducted focus groups on the feasibility of a “cognitive prescription.” Individuals would work with a coach (nurse or peer) to identify and reach lifestyle goals. This strategy was positively received.

Cognitive remediation therapies employ computerized training programs to prevent or ameliorate cognitive decline. A recent meta-analysis of computerized cognitive training among older adults with mild cognitive impairment or dementia (Hill et al, 2017) showed that these programs appear to have the most positive impact on working memory, nonverbal memory, visual spatial skills, and speed of processing. Less improvement was seen for attention, executive function, or verbal memory. The effect size was dependent on how much training the person received. Too much training is possible: with up to 20 hours of training a boost in performance was seen, but after that there is negative benefit.

There have been only three studies of cognitive remediation therapies in HIV:

Research shows that speed of processing is an issue for adults with HIV, as it is with older adults in the general population. ACTIVE, the largest study of cognitive remediation ever done, demonstrated that speed of processing (SOP) training can help elderly people maintain cognitive abilities over a 10-year period (Rebok et al, 2014). SOP training can reduce dementia risk (unpublished work) and improve health-related quality of life and other factors. In a pilot study of middle-aged and older adults living with HIV, David Vance’s research group showed improvements in some measures of cognitive and everyday functioning (Vance et al, 2012). The team has received funding to do a larger clinical trial of this training in older adults with HAND. The protocol has just been published (Vance et al, 2017).

Transcranial direct current stimulation is a non-invasive method that uses electrodes placed on the scalp during cognitive remediation training to boost the impact. Only two HIV studies have used this method to date (Owenby et al, 2016, and unpublished work by Dr. Vance’s collaborator, Pariya Fazeli). Neither have yet demonstrated benefits.

Key Message: Cognitive remediation therapies have potential benefits, but research is just beginning to determine which approaches are most useful. Speed of processing training appears most optimal at the moment.