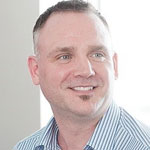 David Brennan looks at the experiences of gay and bisexual men who are marginalized due to age, socio-economic status, ethnoracial identity or sexual orientation, and how their experiences shape both the health risks they take and the resiliency they exhibit. He has a specific interest in men’s use of technology to connect and the opportunities this creates for health promotion.

David Brennan is an Associate Professor of Social Work at the University of Toronto. David worked as a community-based HIV social worker for many years and is actively involved with community-based service providers such as the AIDS Committee of Toronto, the Black Coalition for AIDS Prevention, the Asian Community AIDS Services (ACAS), and the Gay Men’s Sexual Health Alliance, as well as Indigenous organizations through his work on the 2SHAWLS project. David works collaboratively with other OHTN research leaders in gay men’s health including Director of Prevention Research, Barry Adam, and Applied HIV Research Chair, Trevor Hart.