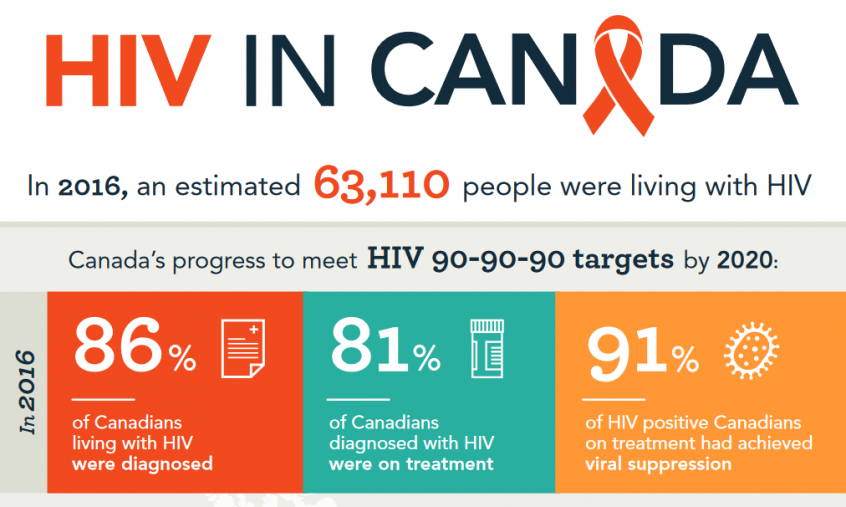 In advance of the 2018 International AIDS Conference in Amsterdam, the Canadian government has released new 2016 data on Canada’s progress towards meeting the UNAIDS 90-90-90 treatment targets. The report estimates that 2,165 people were newly diagnosed with HIV in 2016, and that over 63,000 Canadians are living with HIV.  One in seven does not know their HIV status. In total, the numbers suggest that:

The Canadian summary report also provides 90-90-90 cascade estimates for other populations where health care is a federal responsibility including federal correctional facilities and First Nations on-reserve communities.  The federal report does not breakdown cascade outcomes by province, however information about the 90-90-90 treatment targets in Ontario is available on the OHESI web site (2015 data).

An infographic of the latest Canadian data can also be downloaded from the Government of Canada website.