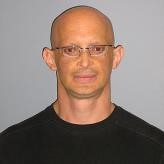 Paul MacPherson’s research aims to develop, implement, and evaluate a multi-faceted healthcare delivery model designed to increase gay men’s involvement and retention in health care tailored to their needs. He and his collaborators hope to create integrated systems of care that address gay men’s mental and physical health and that include HIV prevention in a larger context of health and wellbeing. He works collaboratively with community members and with a range of healthcare professionals in this program of research.

Paul MacPherson begins his role as OHTN Research Chair in the fall of 2016. Planned projects include:

Paul MacPherson is an Associate Professor of Medicine at the University of Ottawa, a specialist in infectious diseases at the Ottawa Hospital and a clinician investigator at the Ottawa Hospital Research Institute. He works within these institutes to develop and evaluate training for health care providers in the optimal delivery of health services for gay men. His program of research relies heavily on community involvement and specifically on the Gay Men’s Sexual Health Alliance, the Ottawa Gay Men’s Wellness Initiative and on an expanding number of AIDS Service Organizations in each region.